I was referred to radio and television personality Angela Catterns early in 2012. Angela needed a serious update to her online presence.

I was thrilled of course, as I had listened to Angela for many years on Triple J – it was quite something to have a ‘real conversation’ with that voice.

The new site design was all about capturing Angela’s extensive career, talents and current services. And allow communication between Ang and her fans.

My role was to plan & design the interface, all graphics, front-end code and CMS installation. I also built a mobile-lite version of the site. 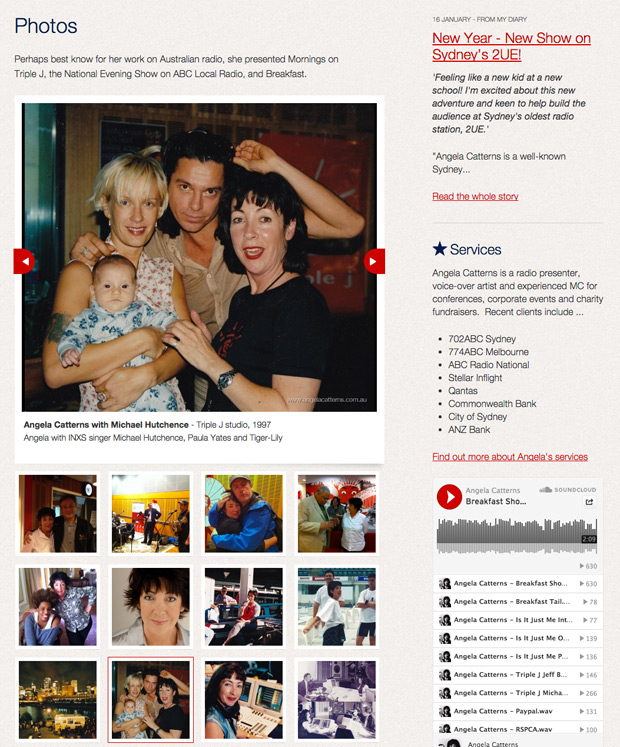 Read more about me...